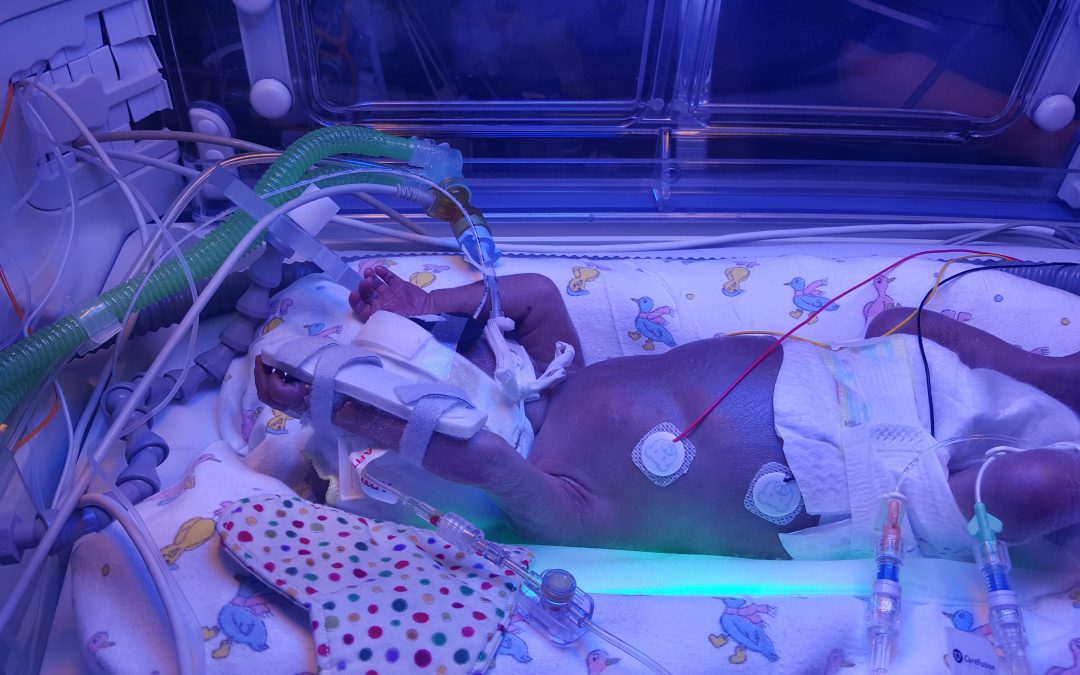 This month is NICU awareness month so I wanted to share my journey. My first experience with the NICU was being pushed through the doors feet first on a hospital bed by two support staff. It was late at night and he ward had been incredibly busy.

The nurses had been working flat out and were getting concerned that I hadn’t got to see my baby boy yet. They rang the NICU to get me regular updates and each time they came to do my observations they let me know how he was getting on.

The nurses were so kind and kept telling me it was ok to cry. It was also ok to call them if I needed anything. I felt numb so there were no tears and the thing I wanted I couldn’t have. They were much better seeing to the mum’s who really needed their help. They smiled and told me I was one of the easiest patients they had ever had.

At about 10.30pm the ward had a bit of a lull. Two support staff came in to see if I wanted to be taken up to see my son. I didn’t need to think twice and asked what I needed to do. It turned out nothing. They released the breaks on the hospital bed and wheeled me out of the shared room, down the corridor and onto the lift.

The lift was so peaceful and tranquil. The only noise was the electrical buzz of the lifts mechanism pulling the lift to the top floor. I hadn’t really been paying much attention to the room I was in but being in the lift made me realise just how noisy it had been. One mother was singing to her new baby and when she wasn’t singing she was snoring loudly.

Another mother was constantly on her phone telling the person on the other end that her baby’s father wasn’t welcome and that he would see her in court in a few weeks. This conversation was on a loop to several people she received calls from (the father turned up the next morning and got to meet his daughter. He was smitten the second he saw her and the visit actually went really calmly and not at all how I expected!)

The mother opposite me had also had an emergency c-section that day due to gestational diabetes. She had delivered a beautiful baby girl who was also up on the neonatal unit being monitored. She was in the incubator opposite my baby boys.

The ward was bustling with activity so it was nice to be in a quieter space. The lift pinged and I was pushed out into another corridor and the support staff wheeled me along to the NICU doors and rang the buzzer. The wait probably only a minute or two but I began to think I wasn’t going to get to see my baby boy after all.

The first trip to the NICU

Suddenly the welcoming buzz of the doors being released was sounded and I was pushed along a new corridor. It was only short, I was taken to the third room along. I noticed bunting up all over the walls, something had been celebrated recently. I found out later that the day before had been world prematurity day. The NICU was noisy but in a quiet way. Babies were sleeping and recovering. Machines were beeping, whirring and whooshing. Nurses and doctors were quietly bustling about from incubator to incubator checking on their tiny patients.

The nurse looking after my little boy gave me a minute to just stare at my baby, then asked if I had any questions. My mind had gone foggy and I couldn’t think of anything to ask other than how was he doing? The answer I got was a he was doing really well considering what he was facing. I think she told me more but I had stopped paying attention. I went back to staring at my tiny baby boy, I had such mixed emotions. I was proud, angry, sad and full of love and adoration. Life wasn’t fair but he was such a little warrior in his tank.

The support staff had to take me back to the ward so in a flash my visit was over. I was exhausted but didn’t want to leave. I would be back tomorrow though and be able to get up to the NICU on my own. For the next 12 hours though I had to go back to my shared room with the singing, snoring and loud telephone calls and the sounds of new born babies crying and being comforted by their mothers.

The NICU became my new home

The next day when my husband arrived with supplies he wheeled me up to see our son and I was happy to sit by the side of the incubator and just stare in. Our son was repeatedly going into SVT and to start with the doctors were reactive to these and tried to stop them as quickly as possible. Each episode we were sent out of the room.

I became anxious to visit the NICU for fear of being told to go to the parents’ room to wait. The alarm being pressed and the manic rush of staff diving into the room to treat my baby boy was heart wrenching. The treatment I did see through the doctor/nurse barrier surrounding my sons incubator looked barbaric. His tiny body had so many big hands all over him each performing a different job.

After a while the tactic changed and the doctors decided to let the episodes play out. They were closely monitored but no alarms were sounded and I wasn’t sent away. My confidence grew and I started to spend more time at the NICU.

I was sent home so initially I relied on others to take me to the hospital. As soon as I could drive I was down there for 9 hours a day, I went home for my tea and then I went back for an evening visit for another few hours. The NICU had become a home from home.

If you would like to join a new community supporting each other and sharing NICU stories then you can find on Facebook the Preemie Parent Community UK for preemie parents and the Preemie Support Community UK for family and friends. If you want to find out a little bit more about them then click here to read the blog.